Safe-T-Cert Renewed
14th May 2015
Originally secured in 2014, CEM are proud to announce that this certification has been renewed and upgraded to a B rating following an audit at their site office at the Phillips 66 Whitegate Refinery site.

This certification is a recognised safety management system, it is recognised by IOSH (Institute of Occupational Safety and Health), the Construction Industry Federation (CIF), and approved for the UK public procurement process under the Safety Scheme in Procurement (SSIP).

The award of this upgraded certificate highlights our commitment at CEM Services to excellence in all aspects of our work and our ongoing focus on Continuous Improvement. 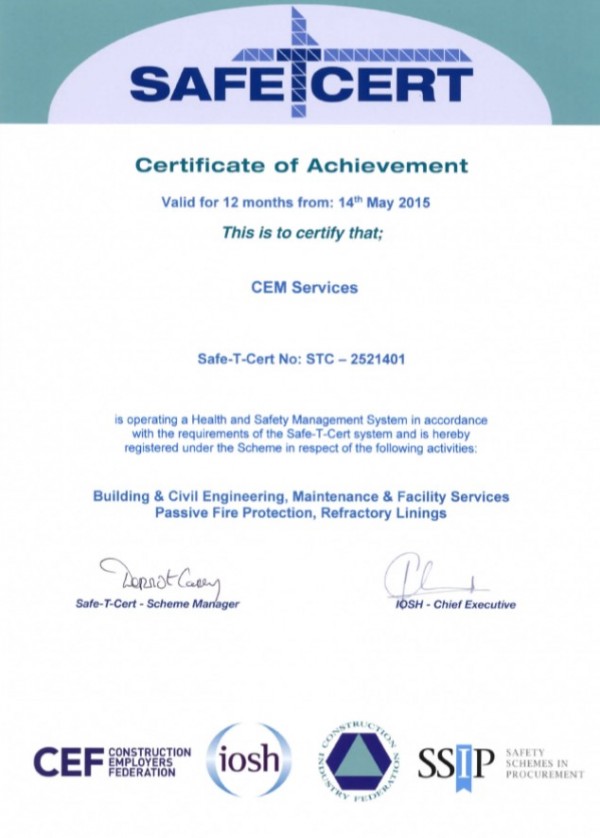 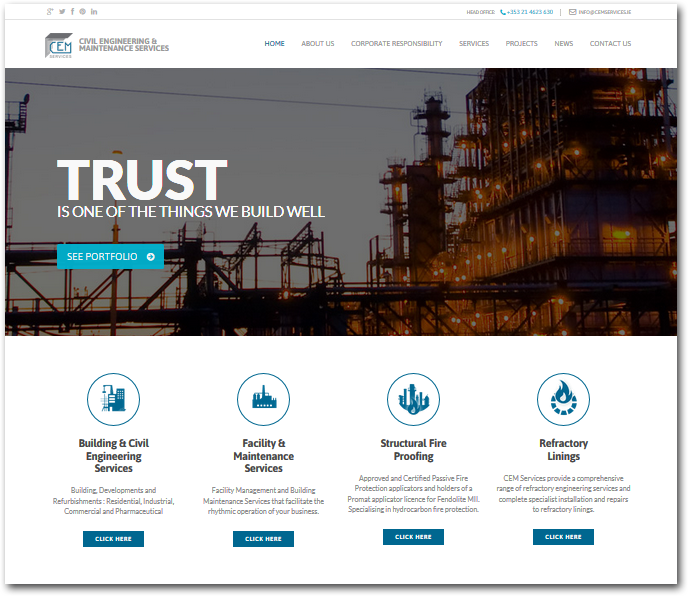 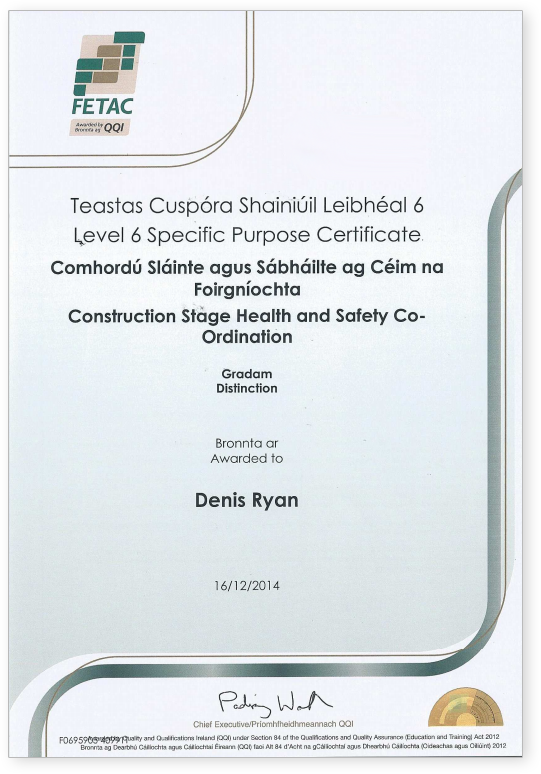 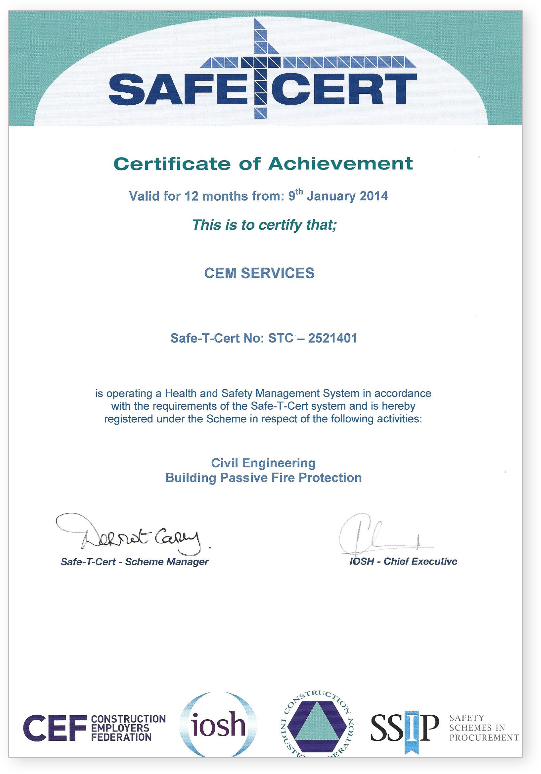 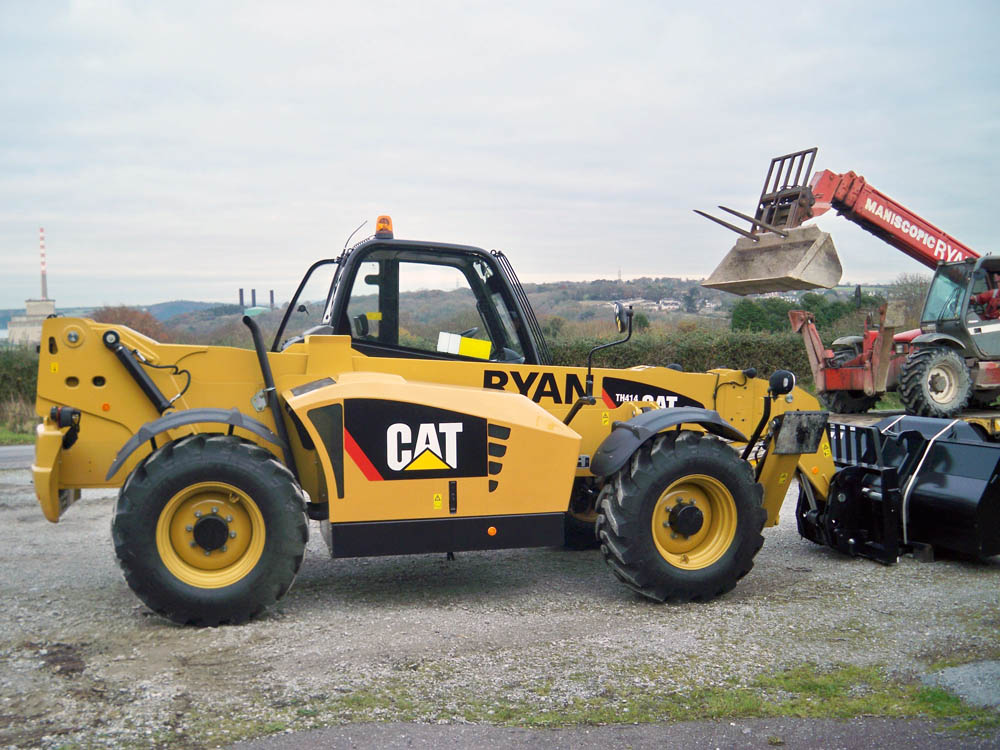 Safety Award
21st October 2013
CEM Services is a ZERO accident award winner under the Phillips 66 capital projects programme, in recognition of their contribution to an Injury Free Programme. 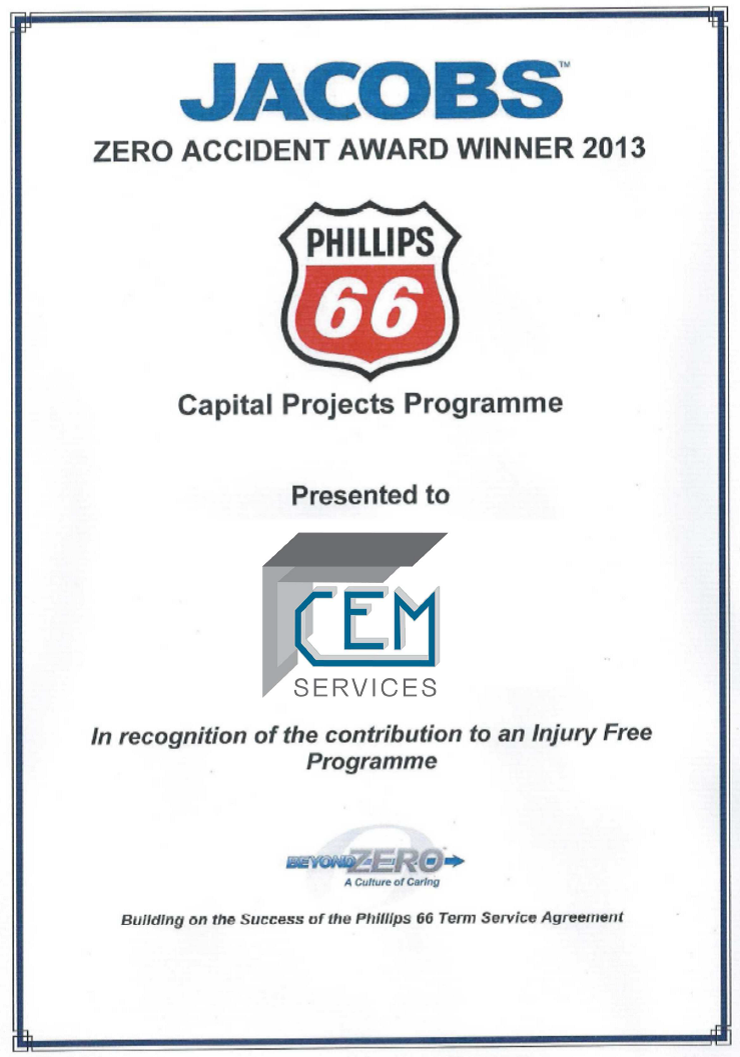